Here are a few videos of some folks from our community that have had problems with aerial pesticide exposure.

Here is a powerful story about how Loren Wand’s wife got sick after being sprayed by a helicopter with some of her neighbors in Lincoln City.

This is the story of our water in Lincoln County. We can protect it. Vote yes on 21-177 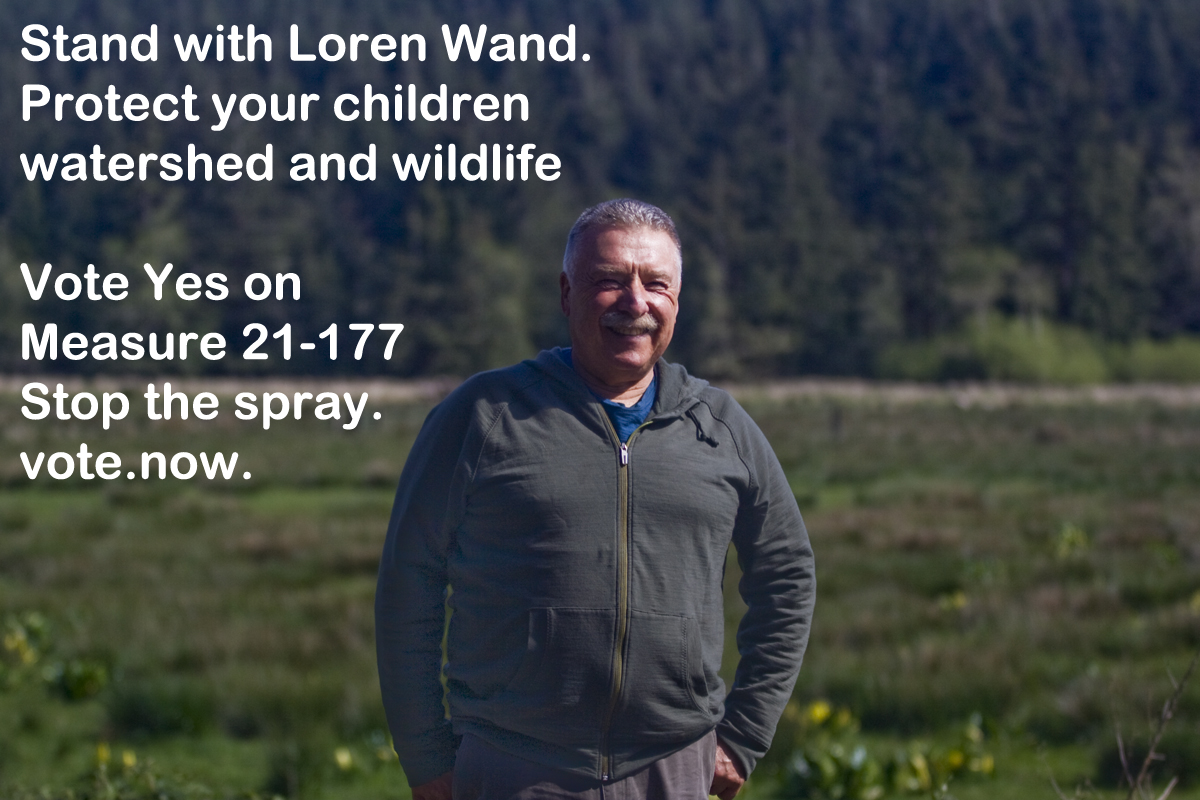 Hi, my name is Loren and I have a farm southeast of Lincoln City in the Schooner Creek watershed area, also a part of the Drift Creek watershed area depending on where you want to start. The big issue for me is that I was married to a younger, beautiful woman, a picture of health and an athlete, and she got directly sprayed by a helicopter with herbicides and right after that started having upper respiratory problems and continued with those upper respiratory problems for years to come. Prior to that she had no health issues like that at all. They just kept increasing in frequency until finally it became lung cancer. At the age of 44, she died of that lung cancer that spread to her bones, brain and lymph also. So that impacted my life and the lives of my three children.

Now my daughter is due in August and they live on the same piece of property and they are logging again and if the herbicides are sprayed there, I have grave concerns for what’s going to happen. What I’m saying, to give somebody a handful of poison and they die, and you give them half that and they still die, and you give them half of that and they get sick, and you keep going half and half and half until “Oh, we don’t see anything wrong.” Well at the molecular level there’s all kinds of things happening that are beyond anybody’s comprehension. Not only her, but the poor bees, they don’t know where property lines are and animals go into those areas. It’s all interconnected.

What I feel is why take a chance, why take a risk, for a dollar? Recalibrate your thinking, recalibrate how you want to approach things. Take into account the collateral damage that could happen. They logged for years and they didn’t use pesticides. Like I said, the timberland will come back. The herbicide just doesn’t magically disappear. The affect it has initially on anything it touches is to kill it and by whatever means it is killing, it can also have that affect on subsequent other plants, and/or species or animals. And someday, long after you and I are gone, somebody is going to look back and see how barbaric this is.

Our baby got sick.

I moved to God’s country at Five Rivers, cooking our own hens, salmon and berries for Thanksgiving dinner, expecting my first child.  I first saw the helicopter as it sprayed an alder grove up stream from our water system. I was in my garden and smelled the chemicals, felt my eyes tear up. I leaped into the creek to wash off and once in the house passed out. My daughter was born in August and when they slash burned where they’d sprayed, the smoke was terrible even with us in a closed up house.  My infant got sick and was rushed to the ER to help her breathe. Later our breast milk was tested for chemicals and a few were positive for 2,4, 5 – T and 2,4-D, or Agent Orange. My neighbors got nausea and vomiting and lethargy that lasted for 4-6wks. People had tumors on arms and legs, I had one on my neck and many women had miscarriages. Almost all my old neighbors have died of cancers now – some died in their 40’s, some made it to older ages.

I have lived and farmed in Lincoln County for 43 years. The effects of aerial herbicide spraying during the 1970s and early ’80s on my family, livestock, and neighbors are well documented in several federal lawsuits and in my book, A Bitter Fog. These were: nausea, vomiting, diarrhea, internal bleeding, respiratory distress, involuntary abortions, uncontrolled uterine bleeding, and birth defects. Since that time, I have lost two babies to involuntary abortions, each within two weeks of being sprayed; traces of the herbicides used were found in the tissue of one dead fetus. My only surviving child was born with physical defects that have required multiple surgeries and cause lifelong chronic pain.

After the last aerial spraying of 2,4-D here, every pregnant woman in our valley lost her baby to involuntary abortion, and nearly all households in the valley, including mine, have lost one or more family members to cancer. We have also lost five beloved dogs and a horse to rare cancers. All these occurred in a once-pristine remote area far from industrial or urban pollution.

Opponents of this measure may genuinely believe that their poisons are safe, but they have no right to impose their belief on others or expose us to their poisons without our consent.

Carol Van Strum, author of A Bitter Fog: Herbicides and Human Rights, and co-founder of Citizens Against Toxic Sprays.

I am writing in support of Measure 21-177, a county ordinance that would disallow aerial application of pesticides by helicopter, airplane or drone in Lincoln County

Exposing unsuspecting citizens to possible carcinogens is inhumane. I reside one mile east of the city of Gold Beach, Oregon, and have been exposed to aerial spraying over the past years. I have encountered serious illness while on my property during aerial herbicide applications. I have incurred thousands of dollars in medical expenses in addition to a loss of a productive life while recovering from these herbicide exposures. Anyone down wind of aerial spraying is subjected to chemical drift which can extend for miles. Without any notice, a helicopter appeared, barely allowing me time to run inside and close the windows in my home.

Subjecting individuals to these aerial assaults violates property owner’s rights and should be a crime! Even an aerial spray that is carried out according to the Oregon Forest Practices Act and Pesticide Law can result in drift to nearby properties. By the time citizens like me report the problem to a state agency and an investigation is done, the harm to our health and property has already occurred. The Citizens of Lincoln County have a right to decide their future. Please vote: YES on Measure 21-177
I have documentation to support my allegations.

Be safe not sorry, care for our fish, wildlife and drinking water

“Precaution demands that aerial spraying be banned until proven safe. Pesticides have never been proven safe, and there is a great amount of evidence for the danger they pose to human health, water systems, and wild salmon. Forestry can be a noble enterprise but that’s not the forestry practiced today by industrial owners. Instead, forest land is a harmful monoculture of clear-cuts, excessive chemical use and managed by the dictates of the corporate accounting department.” 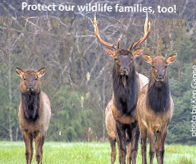 Pesticides are Poison! Health or Profit?

“Pesticides are poisons. They kill all sorts of bioforms and enter our air, earth and our water. They are sprayed by aircraft over our forests to kill all but the trees to be pulped-for profit. We the People stand up for Life and against more poison. Vote YES for measure 21-177 in remembrance of those who have died of cancer, Parkinsons, and other harms caused by chemical trespass. Stand up for Life!”

“There is nothing to fear from direct action. There are many reasons to fear continued aerial spraying of pesticides.”

The government employer told me pesticides would be evaporated long before I worked with logs for pine beetle control. I was pregnant when I took the job. What I didn’t know is the chemical (EDB)changed to a deadly form when mixed with water – rain, condensation, and a half-life longer than my life expectancy. It created itchy rashes first, then intense swelling in my body.  I saw a toxicologist in Denver who understood what I had been exposed to and told me my baby would have 100% chance of chromosome damage. I live with nerve damage, anxiety, digestion difficulties. EDB is banned now but my family and I live with it every day. Short-cuts for industry profit are not worth the sacrifice of my children’s and my own health or the harms done in this garden we live in and steward.

Carol Van Stum wrote the book the “A Bitter Fog”, she tells the story of her experience with Aerial Spraying of Pesticides.

Sheila Swinford is a member of our community that lives in the industrial forest. She tells a sad story how her goats got very sick after a spray incident.