Please visit the website of Citizens for a Healthy County.

By voting Yes on Measure 21-177 in the May elections, you will be choosing the health and safety of people and ecosystems in Lincoln County over the profits of timber and chemical corporations. BAN AERIAL PESTICIDE SPRAYING IN LINCOLN COUNTY! VOTE YES ON MEASURE 21-177!

The timber industry grows monoculture tree farms to sell as raw logs to China. Chemical companies sell the timber companies or the applicator companies that work for them pesticides that are sprayed aerially on young trees to kill all other trees that naturally make up a forest, but which the timber companies don’t want in their monocultures.   Pesticides drift in air, in soil and water run-off.  Wildlife eats plants that have absorbed pesticides. We eat wildlife that has absorbed pesticides and drink water that carries pesticides in it, and absorb pesticides that drift in air, and come down on us with rain.  Our environment, our ecosystems, our bodies are loaded with pesticides.

We are forced to live in a toxic environment which in the long run makes us sick, so that the market for which timber and chemical corporations produce can be kept alive and thriving. Why is it that corporations are allowed to engage with impunity in practices that are harmful to people and ecosystems?

Who do we appeal to in order to clean up our environment from this toxic assault and to free ourselves from the tyranny of corporations?  We cannot appeal to the state, because the state regulates to protect the business of the timber and chemical corporations, not our safety. States in our country have passed laws pre-empting communities from making decisions on the use of pesticides.  We cannot appeal to the EPA because the EPA also regulates to protect corporations, not our safety. In fact, the EPA was originally set up, under Nixon’s government, to be a buffer between the people and industry.

We are told that spraying pesticides on our forests and crops is necessary. Yet we know that forests have grown without pesticides for many millions of years.  Agriculture has thrived for many thousands of years without pesticides, and is thriving today without them in organically grown crops. 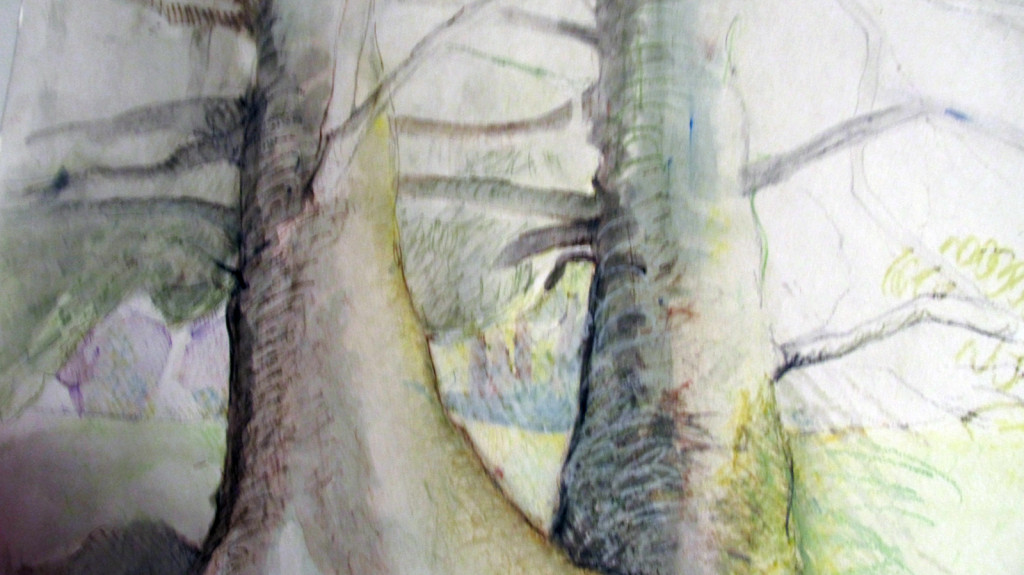 GMO (Genetically Modified Organisms) crops are treated with more pesticides than any other crops.  In fact, crops are genetically modified so they can withstand treatment with pesticides, not to kill pests, provide any nutritional advantage, or feed the world’s hungry.  What kind of government keeps the people who elected it subjected to eating and inhaling poison so that the poison manufacturers can make money?  Our government does.   When we eat GMO foods, or foods that are not raised organically, we do just that.  Does it seem perverse?  It is.  We have tried to get all GMO foods labeled so we know what we are eating.  Now Congress is trying to pass a law that would prohibit labeling of GMO foods.

We live in a “democracy” that makes laws to prohibit its people from using democratic means to act in pursuit of their well-being, laws that deliberately favor the interests of a small minority, the corporations, at the expense of the safety of the general population.  Because of those laws, we stall in our transition to renewable energy and keep up an insane rate of extraction of fossil fuels from the ground while the Earth’s polar caps and glaciers worldwide are visibly melting.

Is this what we call Democracy, and what we go to war to force on other countries and other peoples?  Apparently, since our newest form of “free-trade” agreement, the TPP (Trans-Pacific Partnership), will force foreign governments to keep from enacting any legislation that could harm the profits of corporations in business with them through the TPP, including environmental legislation.  The corporations will have the right to sue these foreign governments for interfering with their profit-making ability, and the governments will be subject to huge fines for restricting the freedom of corporations in their countries under the treaty.

We are meant to live under a government that is Of the People, By the People, and For the People. Instead, we live under a government that is of the corporations, by the corporations, and against the people. It is time to say NO to this travesty! We The People must come together and make our government be ours again.  Only we can do that.  And we can only do it if we all act together.  Let us never forget our most basic rights under the federal and state constitution, “That all people, when they form a social compact are equal in right: that all power is inherent in the people, and all free governments are founded on their authority, and instituted for their peace, safety, and happiness; and they have at all times a right to alter, reform, or abolish the government in such manner as they may think proper.”